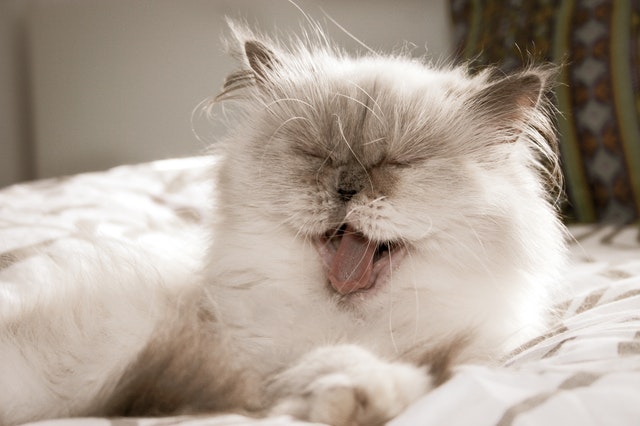 Speaking of cats, today let’s talk about the Persian cat. There are many cat breeds in this country, each with its own characteristic appearance, temperament and history but the Persian cat is a wildly popular breed. Some say, if you’re allergic to cats, the Persian might work for you.

An ancient breed, the Persian was first mentioned in hieroglyphs beginning at approximately 1684 B.C. The Persian was named for  the ancient empire of Persia, which was located in around the modern country of Iran.

The first known Persian cats to arrive in Europe were brought by an Italian traveler, Pietro della Valle, in the 1600s. Persians became very popular throughout Europe. At the first modern cat show, held in 1871 in London at the Crystal Palace, Persians were a featured breed. The show at the Crystal Palace, and the others that followed, increased their popularity. Queen Victoria adored blue Persians.

The Persian cat breed is the most popular one. Their long soft coats and sweet faces immediately endear them to so many people. Their personalities are gentle and affectionate. They are strong creatures of habit and are most comfortable in secure environments with regular routines, but with gentle support, they can adapt to a more lively environment if need be.

The Persian cat is soft spoken with pleasant and melodious voices. Persians are built long and low with sturdy short legs. They are not big jumpers but do enjoy lounging in their favorite strategic locations. They can often be found draped on a sunny windowsill posing for sheer pleasure of it. Friendly cats, Persians will seek attention, but not demand it. Persians have long been a fixture in artwork. Their great beauty has earned them frequent roles in commercial advertising and in movies.

The Persian cat needs to be kept indoors, away from dirt and burrs that could knot up those beautiful coats. Daily combing is a must to prevent snarled fur and hairballs. Those huge beautiful eyes do tend to do a bit of tearing. Washing a Persians’ face daily will take care of tearing. A well bred Persian cat can be hearty and healthy. When properly cared for, Persians can live to be 15 years old.

The Persian cat has long been a gentle, loving, loyal companion to many people over the years.